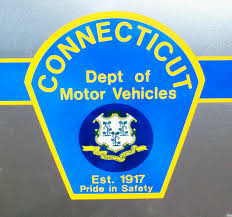 After the Connecticut Department of Motor Vehicles recently upgraded its software, several derivers were pulled over, given tickets, and had their vehicles towed because police were mistakenly told that they were driving without a valid registration and insurance.

DMV Commissioner Andres Ayala Jr. held a news conference on January 7 where he apologized for the inconvenience drivers have experienced and pledged to fix the problem and refund drivers for their financial losses related to the mistake. Ayala said the DMV will not provide police with a list of suspended registrations until the DMV works through a backlog of cases. The DMV redeployed staff to the insurance compliance unit to work through the weekend to address the backlog.

Drivers who had continuous insurance coverage on their vehicle and were fined in error between August 18, 2015 and January 9, 2016 may be entitled to a refund for the $200 insurance compliance fine, tickets for infractions, and costs related to towing. The refunds will be processed in six to eight weeks. The DMV will also issue letters for drivers to use in any court proceedings or payment of fines to show that the registration suspension was an error. Motorists who receive a letter from the DMV about insurance compliance issues will have to respond with proof of insurance coverage.

If a driver changes insurance companies, the old insurer notifies the DMV that the driver canceled the policy. The new carrier is then supposed to notify the DMV about the new policy. Drivers have 45 days to submit proof of continuous coverage or the registration is suspended.

The DMV mailed out a month’s worth of letters before it closed in August for computer upgrades. When it reopened, the letters continued to be mailed out, which created a backlog. The new computer system also caused additional letters to be sent. The computer code was changed on December 23 to reduce the number of letters generated.

If you believe you were fined in error for lack of insurance and a suspended registration and would like to obtain a refund, you can download a form that can be found at http://www.ct.gov/dmv/lib/dmv/20/29/f-45.pdf. In the section “Reason for Refund,” check “Other” and write “Insurance Fine Refund.” Complete the form and send copies of receipts for tickets and towing to ichelp@ct.gov or mail them to the Department of Motor Vehicles, 60 State St., Wethersfield CT 06161, Attn: Insurance Refund.