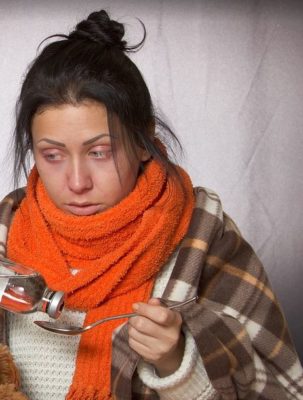 The 2018 flu season was an exceptionally bad one. Coupled with higher than ever infections and issues with vaccine effectiveness, it certainly was one of the worst seasons in recent memory. While this year’s flu season isn’t predicted to be as bad, there are still many precautions to take if you want to stay healthy and keep those in your family especially susceptible to infection, safe.

The CDC estimates that flu has resulted in between 9.2 million and 35.6 million illnesses each year in the United States.

Children under 5 years old and those over 65 have a higher risk of death from the flu due to weaker immune systems and the inability to fight off the virus so it’s especially important to be vaccinated. Studies have also found that many of the baby boomer generations became ill with the flu last season likely due to imprinting and the types of vaccinations they had earlier in life as children.

Health officials recommend vaccinating everyone older than six months as soon as possible.

According to the CDC, this year’s flu vaccines have been updated to match viruses that are circulating so they can protect better against the strains. Age recommendations have also been updated so be sure to check with your doctor, vaccine administrator or the CDC website.

This year’s vaccines will protect against 3 or 4 of the most common viruses they found. More specifically:

Don’t wait until its blustering cold out and everyone else is getting sick to start thinking about getting a flu shot.  Flu season runs from August through May so while it may not peak until later in the winter, the virus is out there already.

Petruzelo Insurance has been providing security and peace of mind to Connecticut families for more than 50 years. Protect what matters to you most. Contact our agents today to review your medical insurance needs.