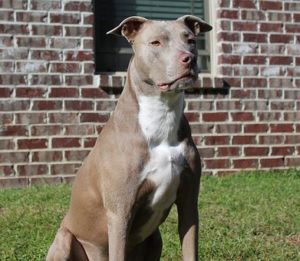 Homeowners insurance provides coverage for much more than damage to a house caused by a storm or a fire. It can also provide liability coverage if someone is injured on the policyholder’s property.

One of the most common reasons why homeowners insurance companies pay liability claims is because of attacks by dogs. The Insurance Information Institute reported that claims for injuries caused by dogs make up one-third of the money homeowners insurance companies pay for liability claims each year. The claims amounted to $602 million in 2016. The average claim was worth $33,000.

Which Dog Breeds Are Excluded and Why?

Each insurance company has its own list of excluded dog breeds. Most lists include Pit Bulls, Rottweilers, Dobermans, German Shepards, Presa Canarios, and Chow Chows. Studies and experience have repeatedly shown that these are some of the most aggressive dog breeds. Dog attacks caused 279 human deaths in a period of 20 years. Over half of those deaths were caused by Rottweilers and Pit Bulls. Homeowners insurance policies generally exclude both pure-bred dogs and mixed breeds that include one of the excluded breeds.

Is It Unfair to Excluded Entire Breeds of Dogs?

People who own these breeds of dogs argue that it is unfair to deny coverage for a whole breed based on the actions of a few. They rightly point out that the way a dog is raised and trained can have a major impact on whether or not it behaves aggressively.

Insurance companies, however, need to minimize their risk. They are unable to take the time to learn about every individual dog and its temperament, socialization, and training to make individualized decisions. The simplest way for a company to make decisions related to dogs is to exclude whole breeds if they are statistically likely to be aggressive.

If You Need Homeowners Insurance, Get a Quote from Petruzelo Insurance

Homeowners insurance can provide coverage for many types of problems that can occur at your home, including some cases of dog bites and damage to your house caused by a fire or a natural disaster. Petruzelo Insurance can help you compare quotes from several leading insurers. If you need homeowners insurance, contact us today to get a quote.